Someone asked me where I’ve been.

For the past few months, I have been a little off the grid (I guess). I haven’t posted on the blog, I have turned down countless social invites, and rarely even check my personal social media accounts. Personally, I’ve had a lot going on. I started a new job where I am writing and on social media, ALL day, Patrick and I transitioned into living together again, my grandfather passed away, Misia (our dog) has been having health problems in her old age, and I have been struggling to maintain a healthy lifestyle, which has left me feeling tired and cranky AF.

But, while I work on getting myself back into order, I have also been spending a lot of time thinking about others. When I moved to Charleston, I lost friendships. Friendships that took me 25 years to build. Simply because it’s difficult to maintain friendships from 900 miles away, especially in your 30’s and everyone has careers, kids, spouses, etc. In the past 2 years, I have also lost both of my grandfathers, a great aunt, and my great grandmother (all expected, because that’s what happened in life).

Then recently the media has been filled with other major losses as well. A couple of weeks ago, I got sucked into watching the second season of Thirteen Reasons Why (a show centered around a teen who takes her own life). During that binge session, the world learned about the deaths of Kate Spade and Anthony Bourdain to suicide and (while watching the show) I learned about the suicide-related death of a classmate of mine.

The talk of death, loss, and mental health were surrounding me. As someone who has struggled with anxiety, sometimes when things like this happen, I just can’t freaking stop thinking about it. In this case, the death of my classmate really kept me up at night (literally). While we weren’t friends, our younger brothers were, for probably the last 20 years. I spend 12 years walking the halls of the same schools as her, I followed her on social media, and we talked here and there. She was such a sweet, wonderful person and her passing really left a hole in my heart.

Now, I didn’t mean to start off my first blog post in 3 months on such a sad note, so stick with me!

Then last week, I was talking to a friend of mine at work and she said that the same types of thoughts had been weighing on her mind, too. She went on a trip to NYC with some friends and during a spin class, the instructor paused to reflect on the issues of mental health in our society and asked that the class “check in on your strong friends.” No, not the friend who is killin’ on the bike next to you while you daydream about donuts and try not to pass out.

The friends who despite their outward appearance, may not be strong at all. So while the words aren’t mine, I think they’re powerful enough to share. And you don’t have to get all deep and creepy about it either. Just shoot them a little love note to say “Hey there! Just wanted to let you know I am thinking about you and I hope you’re doing well.”

That’s it. So whether it’s your former best friend from 3rd grade, a friend who is on the other side of the country, someone you talked to at a networking event a few times, or your friend who lives down the road that you just haven’t seen in awhile, reach out to them. Stay in touch and let them know that if they need someone, you’re there. It could mean the world to them.

So to MY friends- the friends from Northwood, East, NU, Canisius, volleyball, former jobs, my current job, The U.K., Charleston, and everywhere in between, please know I love you and I am always here.

Whether you need someone to listen or a partner to down a bottle (or two) of prosecco, just know I’ll be there. 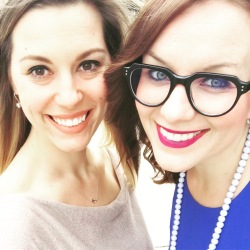 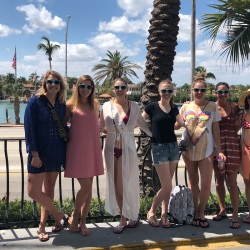 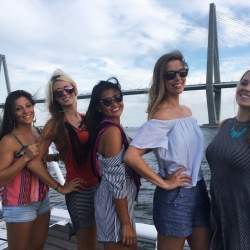 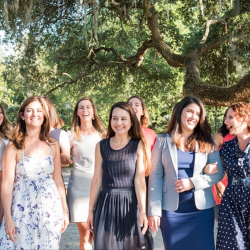 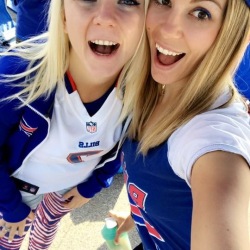 2 thoughts on “Shoutout to your strong friends”